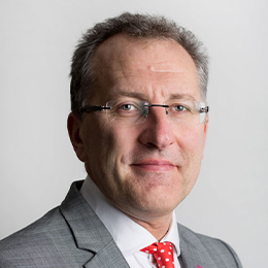 John joined CLS in 1998 and is Chief Operating Officer, based in London.

He leads the function that oversees, monitors and manages CLS’s Settlement, Processing and Data services.  The key objective of Operations is to maintain service delivery quality while managing risks and ensuring compliance with the regulatory framework.

John has worked in the banking industry for 35 years.  Between 1984 and 1994, he worked at Bank of Tokyo, Irving Trust Company, Sec Pac Intl Bank and Hessische Landesbank (HELABA), gaining significant experience in payment and settlement operations across multiple products.

In 1994 John joined ECHO (Exchange Clearing House) which, alongside Multinet, was tasked with reducing settlement risk. When ECHO was acquired by CLS, John brought with him the experience he had gained in establishing and operating a foreign exchange settlement service.  Having been closely involved in the development of CLS at project level, with particular focus on currency implementation, he helped to establish, manage and ultimately run the CLS Operations Department.

Following a decision by CLS to expand its product offering, John became Programme Director, Strategic Initiatives, and between 2006 and 2011 oversaw the delivery of several multi-million pound programs that expanded the CLS suite of services.  In 2012, the opportunity arose for him to return to Operations.