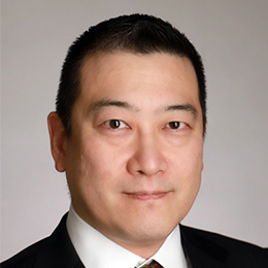 After joining the former Mitsubishi Bank in 1992, Mr. Okawara’s career has revolved extensively around Custody and Clearing starting in the mid-90’s and he has been involved in most of the settlement systems reform initiatives over the years – SWIFT, CLS, DVP, RTGS, T+1, ISO, SMPG/PMPG, FMI Principles, to name a few - which has led to mitigating settlement risks and standardizing securities and currencies settlement processes as we know today. He has also held sales and relationship management roles in this area, as well as managing the custody securities lending business in the US market for over 5 years. As Head of Global Network Management, he laid the foundation of MUFG Bank’s settlement risk and FMI management framework.

In recent years, Mr. Okawara’s expertise has expanded into Global Markets, where he was assigned as project lead for the bank-wide implementation of the Volcker Rule and MiFID II regulations. Prior to returning to Transactions Services, his most immediate role was the project co-lead for promoting integration of the global markets platform across the MUFG Group.

Mr. Okawara graduated from Keio University, Tokyo in 1992 with a Bachelor of Economics degree.

How CLS is supporting the FSB’s roadmap for…

Settlement risk in the global FX market: How…