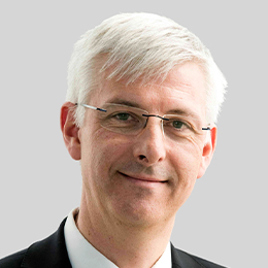 His career spans more than three decades in market infrastructure roles, positioning him well to lead CLS through the next phase of its evolution as it continues to strengthen its resilience, control functions and infrastructure as well as drive the uptake of its settlement, processing and data solutions.

Before joining CLS, Marc spent over 20 years at the European Central Bank (ECB) where most recently, he was a Director General, Market Infrastructure, responsible for defining and steering the implementation of policies in market infrastructure and payments. He also held a number of other senior roles during his time at the ECB; he managed the T2S Programme and, before that managed dossiers related to the promotion of market integration and the definition of the Eurosystem’s operational framework. As Chairman of the European System of Central Banks Market Infrastructure and Payments Committee, and member of the BIS Committee for Payments and Market Infrastructure, he contributed significantly to the development of regulations and international standards for financial market infrastructures.

Prior to joining the ECB, Marc was Senior Advisor in the General Secretariat at Sicovam SA, the French central securities depository - now part of the Euroclear Group - which manages the French securities settlement system. Marc graduated from CERAM with a master’s degree in Finance, having specialised in audit and post-market infrastructure. He has authored publications on market infrastructure integration and related issues, such as the euro repo market.

Unsettling: the increase of foreign exchange without settlement…

More is more: How do you improve coverage…

COVID-19 and the importance of resilient financial market…